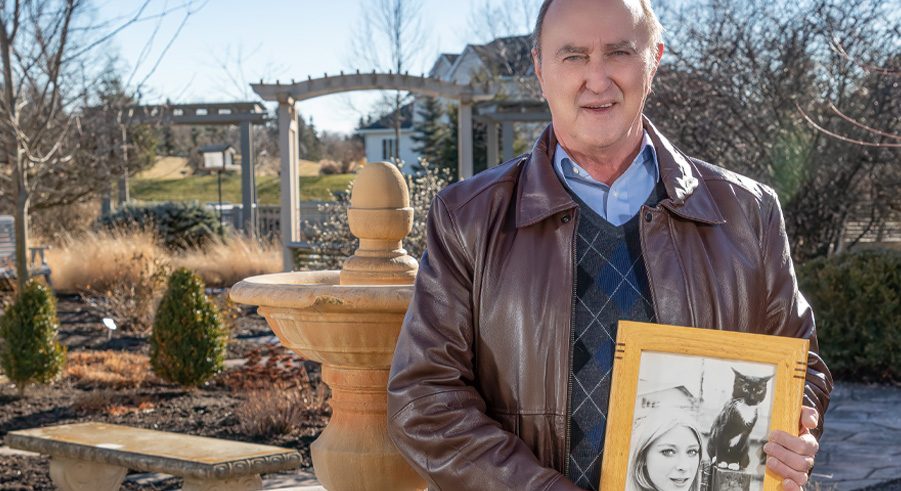 When Rick Farrant walked into Hospice Home in 2017 as his wife, Mary Hoffman, was being admitted, he had that “deer in the headlights” feeling – stunned, anxious and confused. Moments earlier, he had been at the hospital caring for Mary, who had fallen into a coma from liver disease. The beeping of monitors, the rushing feet and the bells calling for service were replaced by the hush and homey feeling of Hospice Home.

“It was a surreal experience,” Rick said. “I felt as if I was living someone else’s life.”

But the staff at Hospice Home projected an “air of calmness and dignity for the stricken,” he said.

“The staff was compassionate, full of understanding and grace,” Rick said. “They were sincerely dedicated to provide care.” 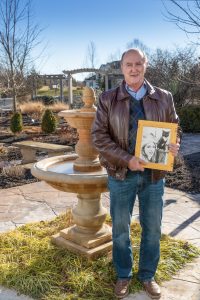 In the days that followed, Rick kept vigil by Mary’s side, often gazing out the window at the fountain in the gardens. “I kept wishing she would wake up to see the fountain,” Rick said. “I wish she had experienced the warmth of the staff.”

When he needed a minute to compose himself, he would walk through the gardens that surround Hospice Home, which provided him an escape from the end of Mary’s life.

“The gardens gave me a measure of solace,” he said, noting that even the garden volunteer who was “digging in the dirt was compassionate and understanding.”

As kind and compassionate as the staff and volunteers were, “they didn’t ignore reality,” he added.

“Being by the side of a loved one as they slip away is a deeply personal and often somber experience that no one relishes,” Rick said. “But I can’t imagine what it would have been like for me and Mary in the absence of the grace offered by Visiting Nurse, which provided a gentle landing place for her final passage.”

“Visiting Nurse provided that big sigh that everyone needs when they come to terms with reality,” he added. “I was in a daze when I realized the only option left was hospice. Visiting Nurse was a godsend, and I will always think kindly of Hospice Home.”