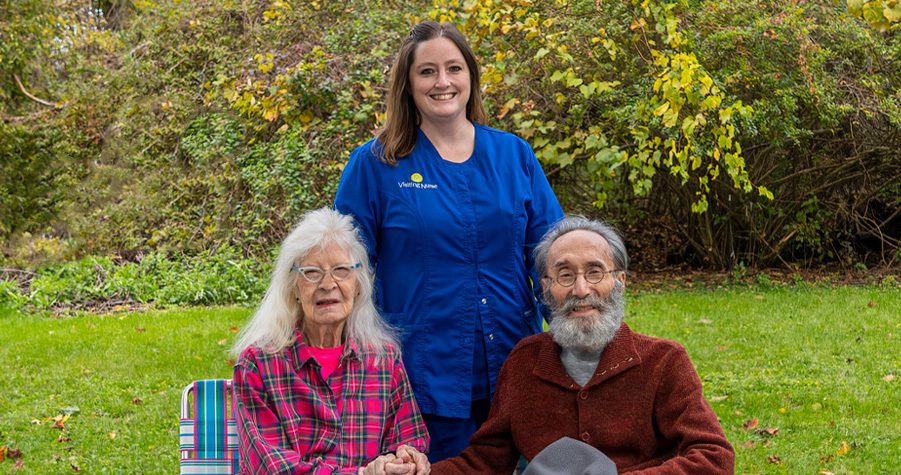 There is an instantly familiar statue in Headwaters Park that depicts Chief Little Turtle, standing at the banks of the St. Marys River. His gaze over the park is strong and steady, not unlike that of his creator, famed sculptor Hector Garcia. Hector’s work in bronze can be seen all around Fort Wayne, from the intricate history of Fort Wayne depicted at Citizens Square, to the series of busts of famed citizens that grace the campus of Purdue Fort Wayne. 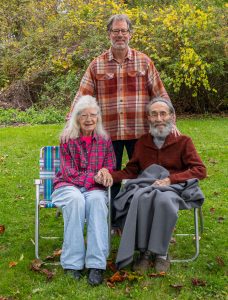 Hector’s work is widely known, as he has created Fort Wayne’s and Indiana’s Bicentennial Medals, as well as creating 22 busts of famous area leaders, which are now housed at Purdue University Fort Wayne. His Freedom Flame medallion is part of the Smithsonian permanent collection and was presented to Desmond Tutu in the mid 1980s. Today, he has plans to create a life-size Johnny Appleseed, his final gift to Fort Wayne. Hector and his family are receiving supportive services from Stillwater Hospice (formerly Visiting Nurse) to help Hector get stronger. This specialized care comes thanks to donors like you!

An associate professor emeritus of fine arts, Hector taught sculpture and figure drawing from 1976 to 1997. He first taught with the Fort Wayne Art Institute, followed by IPFW after the merger with Indiana University. A nationally and internationally recognized sculptor, Hector received a B.F.A. in sculpture from The John Herron Institute in Indianapolis and an M.F.A. from Indiana University. He also completed special scholarship work at the Instituto Allende in Mexico. 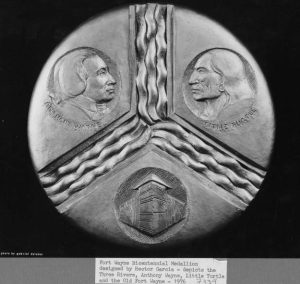 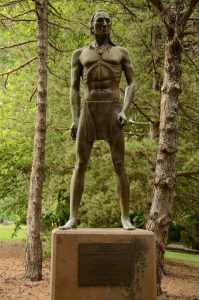 Hector began sculpting after his grandmother would give him melted candle wax that he shaped and molded. He grew up in the Bronx and graduated from the Herron Art School in Indianapolis in 1966. “I came because the art school (Fort Wayne Art Institute) needed a sculptor,” he said. 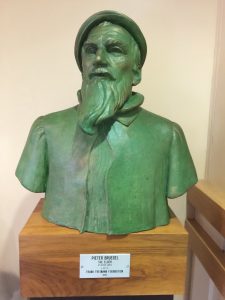 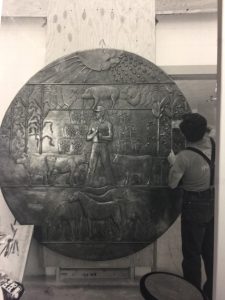 Hector has completed hundreds of sculptures and commissioned works during his prolific career. He has produced medals and medallions for award ceremonies in Helsinki, Finland; Takaoka, Japan; Gera, Germany; Plosk, Poland; and London, England.

Piero Garcia, one of Hector and his wife Carol’s two surviving children (the family also includes daughter Avila and the late son Carlo, who passed away a year ago, plus five grandchildren), says his dad has always been driven to create beautiful and meaningful works of art. Carol, too, is an artist, and her paintings decorate the couple’s Fort Wayne home. The couple has been married for more than 64 years.

Because Hector is receiving supportive services from Stillwater Hospice, his symptoms are managed well, and he’s been able to continue to dream and draw. Piero, who lives out of town, feels confident in his dad’s care from Stillwater Hospice. He and Avila are able to create lasting memories with their parents because their medical needs are being met by his care team, which include Amanda Hug, RN, aides Yolanda Cuazitl and Tami Towns, along with social worker Paige Jones. The wraparound care provided by this caring team means Hector and his family can enjoy time together, creating lasting memories and beautiful art. 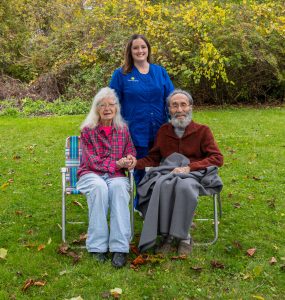