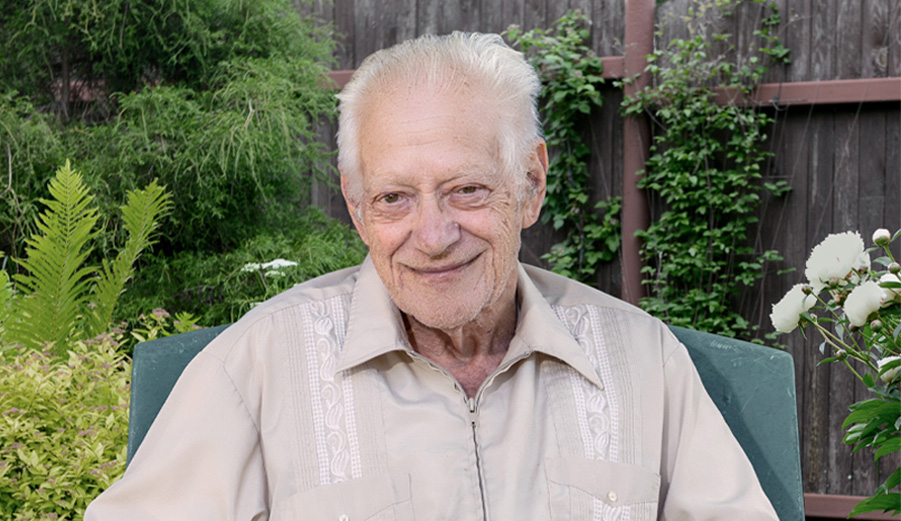 Roger Herman’s life has had many twists and turns. The 85-year-old veteran was born in New York City and even though he hasn’t lived in the Big Apple since 1970, he retains his “New Yawk” accent. An Army medic during the Korean War, Herman turned to engineering when he left the service. He and his late wife, Patricia, had four kids: Steve, Peter, Susan and Julie. Today, Herman’s journey has led him to a white house near the University of Saint Francis. He’s able to live at home despite advanced kidney disease, thanks to the supportive care he receives from Visiting Nurse.

“Hospice is clearly blessed,” Herman said. His nurse case manager has been “flat-out honest and open,” with Herman.

“I ask questions and she tells me like it is,” he added. “You’ve got a good team working there.”

That team includes the Rev. Bob Eickmann, who provides spiritual counseling. Herman was born Jewish but converted to Lutheranism as an adult. He said he was a “broken” man and had a conversation with God, in which he turned his problems over to the higher power.

“When I did that, this great peace came over me,” he said. “I’m no longer worried. I’m not religious but I have a lot of faith.”

Spiritual counseling is one of the many facets of hospice care that’s supported by people just like you. Your donations to Visiting Nurse allow us to provide non-denominational spiritual care, counseling with social workers, grief counseling with bereavement specialists and music therapy to express complex emotions through music. All of these patient services are provided thanks to people like you who donate to the Visiting Nurse Foundation. Herman also benefits from the gift of time hospice has given him.

“In this last phase of life, I’ve been given the gift of time to pause and reflect,” he said. “I’ve had a wonderful life.”