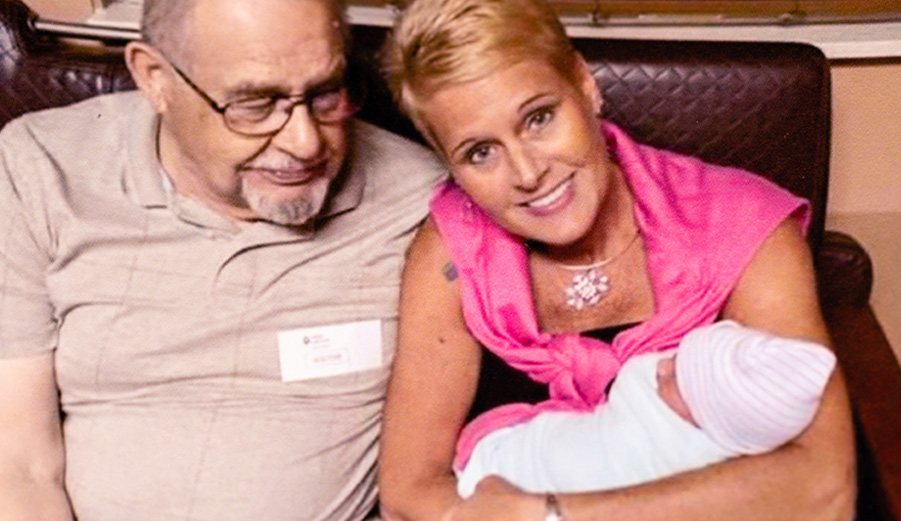 Stanley Winn was an artistic airman, a “jokester” whose paintings and pinstripes adorned vehicles and signs across the region. When he was
diagnosed with cancer in 2014, he put up a valiant battle, even traveling to the famed Cleveland Clinic for treatment, his daughter Melissa Reinking said.

And though he rallied numerous times, by August of 2017, it was clear that the battle was nearing its end. After three years of chemotherapy and radiation, Stanley entered Hospice Home, walking into the building instead of being wheeled in, remembered Melissa.

Stanley spent 10 days at Hospice Home getting his pain and other symptoms under control so that he could spend precious moments with loved ones. Melissa said knowing that her father was being cared for around the clock by hospice caregivers gave the family peace.

“You felt like he was the only one” they were taking care of, she said. “The gardens and the birds gave us another sense of calm and peace.”

Family and loved ones joined Melissa and the rest of the Winn family at Hospice Home, giving Stanley their love as he neared the end. Even near the end, Melissa said, Stanley was the “life of the party.”

These lasting memories bring a smile despite her sadness at her father’s passing.

“I knew in my heart” it was the right decision to bring him to Hospice Home, she said. Her mother, Marilyn, who was married to Stanley for 53 years, has continued to be supported by Visiting Nurse’s bereavement team at the Peggy F. Murphy Community Grief Center. 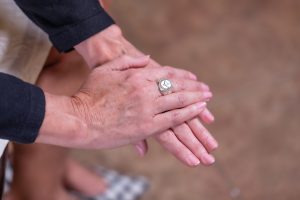 After Stanley passed, Melissa was helping her mom clear out some belongings when they found a ring that had turned completely black. Her mom suggested tossing it, but something compelled Melissa to clean it. It was her father’s Air Force signet ring. Melissa treasures this memento of her father’s service.